skip to main | skip to sidebar

Seems like all I get done these days is study and sleep. Very little of the later.

Even now, I'm posting this in a hurry because I've got a dozen things I need to get done today and it's already mid-afternoon.

I do miss blogging and chatting with everyone. I think about it every day.

I wrote some stuff last semester and over break that I never did get around to posting. If I can find what I did with it, I'll try to put it up one of these days.

Gramma turns the key, nothing. Lawn mower won’t start. Not even a grunt. Battery must be run down again.

I look behind the seat and sure enough the terminals are corroded. The negative doesn’t look too bad. Just dull gray lead with a rusty bolt holding the wire to the post. The positive however is covered with a thick jacket of whitish yellow gunk. I’m going to have to do some serious cleaning before hooking up the charger.

I tell Grams she might as well go read her book. Nothing she can do to help. I head for the workshop to get Granpop’s old toolbox. After he passed away, his tools were a mess. He didn’t take very good care of them in his waning years.

I remember cleaning up that old Craftsman toolbox, sanding the rust down to the metal inside and out. Then giving it a new coat of red enamel. It almost looks new again. Not exactly a factory paintjob, but you’d have to look close to realize it was repainted.

I even cleaned up his rusty old tools. Some of them were beyond salvaging. But most of them cleaned up pretty well. A few of the wrenches are missing. Should buy replacements one of these days.

The toolbox is heavy and pulls me off-balance as I carry it out to the old garage.

Metal scrapes against wood as I set the box down on the oil stained pine floor. The latch makes that old familiar click-clunk sound as I lift up on the lever to release it. That sound alone always brings back memories of Granpop and me fixing something around the old place.

Granpop was one of those guys who could fix anything.

Opening the lid I peer inside searching for the right size wrench for the job. The chrome sockets and extensions are cool to my touch and I try to sort them back into their proper positions. Gramma’s been in here and she never puts them back where they belong.

I notice several of the smaller wrenches are missing. I can’t remember if those were the ones I couldn’t save. I make a mental note to ask her if she lets the handy man use these tools or not.

Fortunately, I find a 7/16th box end wrench and proceed to loosen the negative terminal first. It’s easier to reach than the positive. Of course, the bolt just turns and I have to enlist the socket wrench to hold the other end as I loosen the nut.

Once the negative wire is free, I take a small wire brush and clean the rust off the bolt and washer until it’s shiny again. Next, I do the same to the lead terminal.

To slide the red rubber cap off the positive terminal and pushing it up the wire out of the way requires reaching my arm between the seat and the plastic gas tank. There’s not a lot of room to work on this one. Be nice if the seat would tilt forward out of the way.

With the same two wrenches I loosen the nut on the corroded terminal. The wrench clink clinks against the back of the seat with each turn of the rusty nut. Once I get too close to the negative terminal and there is a buzz of a spark as the two terminals briefly short. At least the battery isn’t completely dead. I try to be more careful and reposition the wrench so it doesn’t touch the terminal again.

Finally, the pieces come off and I can set them aside. I take the wire brush and knock the bits of corrosion off the terminal and polish it until it shines.

My back grows stiff from leaning over to reach behind the seat. There’s a tinge of gasoline in the air. It’s a beautiful fall day. Warm for this time of year.

The old gray cat is sunning himself on the driveway and I stop and give him a rub.
Posted by Neumed at 6:11 PM 6 comments: 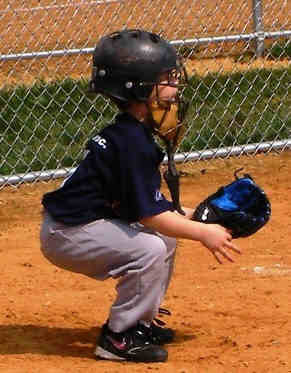 I feel the hot sting on the palm of my hand as the baseball strikes my glove. There is the whiz of the ball through the air and the loud pop as the ball smacks my thinly gloved hand. My hand is going to be sore tomorrow.

I can smell the tanned leather with its slight tinge of glove oil. I roll the hard slightly scuffed white leather ball with its red stitching in my hand. I’m squatting down in the catcher’s stance so I rise to throw the ball back.

I’m no good at throwing the ball. I can’t throw very far. I’m bigger and stronger than most of the other kids, but I can’t throw the ball very far. It’s embarrassing. When I play left field, and they always stick the worst players in left field, I haul back and throw it with all my might and it always falls short. I shrink inside and my face feels hot from the jeers and the groans of my playmates.

It will not be until years later that I will learn that the secret is not in the strength of your arm or your shoulder, but in the snap of your wrist. “It’s all in the wrist,” they’ll say.

I wish my dad (or someone) had taught me how to throw a ball. My dad had no interest in sports and I grew up with very little interest in them, either.

I Are Still Here Oops, almost forgot I have a blog. Sorry, the Summer has just been so busy what with being gone all day at work and there's so many things to do in the evenings... Some days I don't even think about the computer.

I can't remember the last time I checked my email.

I will get a real post written soon, I promise.

Guess I better go check that email. I'd hate to miss any great "male enhancement" offers. :0)
Posted by Neumed at 11:26 PM 11 comments: 
Anybody See Where That Nail Went? Thanks to Michael Morse from Rescuing Providence for the photo.

I printed it out and tacked it up on the bulletin board in the trailer at work right next to the OSHA poster and just south of the tool supply calendar with the semi-naked lady on it.

Reactions from the crew range from…

“At least he used a galvanized nail.”

“That’s one way to get some extra zinc in your diet.”

Anybody Need a New Ride?

Speaking of the bulletin board at work, Bubba has a 1974 Ford F150 For Sale or Trade.

(Just between me and you… it needs a lot more than a little TLC.)

Anybody Need a New Home?

The housing crunch is hard on the construction industry. We’re still building houses, but for how long is anybody’s guess. Sixty percent of the new homes in the development we’re building are as yet unsold. Hard to believe seeing as they are so upscale… They do manage to sell one once in awhile, but not at the same pace of a few years ago.

I’m certain I’ll have a job through the rest of summer, but some of the full-time guys are speculating that they’ll be living on unemployment come winter. I hope for their sake they’re wrong, but I won’t be surprised if they’re not.

I would think first time homebuyers should be able to pick up a bargain right about now.
Posted by Neumed at 10:08 PM 7 comments:

On the job training It occurs to me after reading over my last post that I failed to explain that I work as a carpenter building houses.

I originally got this job because the guy I was rooming with at the time was a full-time carpenter. I didn’t know much about building houses, but he assured me that the only skill I needed to know was not to shoot myself in the foot with the nail gun.

Since then I’ve learned that that isn’t exactly so, but I’ve been able to pick up a lot by way of on-the-job training.

I’ve worked for the same building contractor the past four summers. Last summer I even had my own crew, which meant I was able to make more money. This summer however, I’m getting a late start and won’t be able to work but a couple of months so I’m working for one of my former guys on his crew.

I don’t mind switching roles with him. He’s a sharp guy and knows his stuff. Pay cut is no fun though.

Naturally they nicknamed me “Doc” the first summer when I made the mistake of telling everyone I was pre-med.

And of course, everyone just assumes I’m going into gynecology. (Turns out to be the construction worker’s dream job.)

I get the usual ribbing like today during lunch break Bubba (who weighs about 300 lbs.) asked me if I would take a look at his hemorrhoids. Just as he feigned like he was about to drop his trousers right then and there I told him, “Hang on, I’ll do you one better. Let me get a blowtorch and heat up this screwdriver and we’ll just cauterize that bad boy.”
Posted by Neumed at 9:02 PM 18 comments: Neumed has been told he bears an uncanny resemblance to a famous celebrity, however, his mother refuses to discuss the matter.

Neumed uses a pseudonym to avoid being recognized by friends, colleagues, fellow students, process servers, bill collectors, and anyone associated with law enforcement.

If you have nothing better to do, you can e-mail Neumed at:
aneumed (at) yahoo (dot) com